B
Google Search
A
Google Translate

Our history topics cover events within and beyond living memory, British history and that of ancient cultures around the world. The children develop skills in sequencing the past, using sources of evidence and being able to identify similarities and differences between ways of life in different periods.

KS1 use different sources of evidence to understand the Gunpowder Plot and the Great Fire of London. We then encourage them to talk to family members about possible memories of the Second World War and Queen Elizabeth II.

KS2 develop their vocabulary and undertake historical enquiry. They learn how British history has developed and changed through the influence of overseas invaders and settlers, such as the Vikings, Anglo-Saxons and Romans. But they also study historical periods in the wider world - the Maya, the Greeks and the Ancient Egyptians, and in doing so know where people and events fit within a chronological framework.

With all our history topics we try to bring them to life with workshops and off-site visits, occasionally requiring costumes but always needing an enquiring mind and lots of enthusiasm.

Alongside class work the children are also exposed to important historical events, such as Queen Elizabeth's record as the longest reigning monarch, Remembrance Day and Black History Month.

Our geography curriculum takes us around the world through the use of maps, atlases, globes, grid references and compass points.

In KS1 the children develop their knowledge about the countries and capital cities of United Kingdom and their locality, and move on to the continents and oceans of the world. They learn subject-specific vocabulary relating to human and physical geography and begin to develop geographical skills, including first-hand observation, to enhance their locational awareness. They compare their own locality to very hot and very cold places across the globe, and look in depth at places very different to their own for example, the islands of Scotland and India.

Once in KS2 the children extend their knowledge and understanding beyond the local area by looking at Europe, North and South America. They study longitude and latitude; identifying the Equator and the Tropics. This develops their locational understanding and allows cross-curricular working with mathematics and co-ordinates. By studying the location and characteristics of a range of the world’s most significant human, as well as physical features, the children look at other cultures and lifestyles. They develop their use of geographical language, are encouraged to ask questions and use different resources to find the answers and, wherever possible, carry out fieldwork to allow first-hand observations. 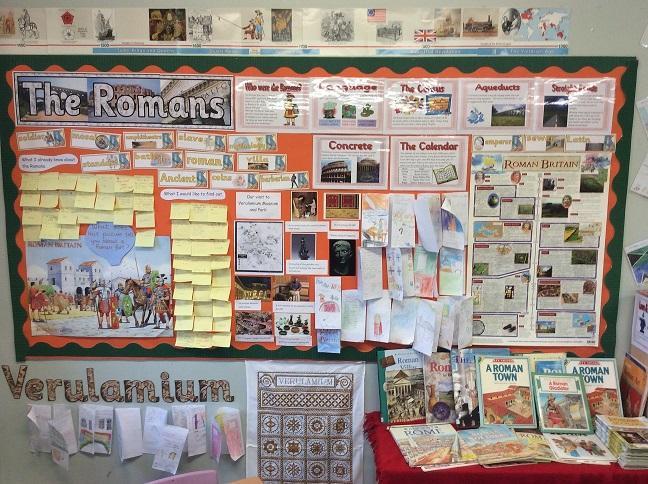